Look no further for relief than this handy-dandy CUI Glossary ripped, remixed, and reused verbatim from the Code of Federal Regulations. 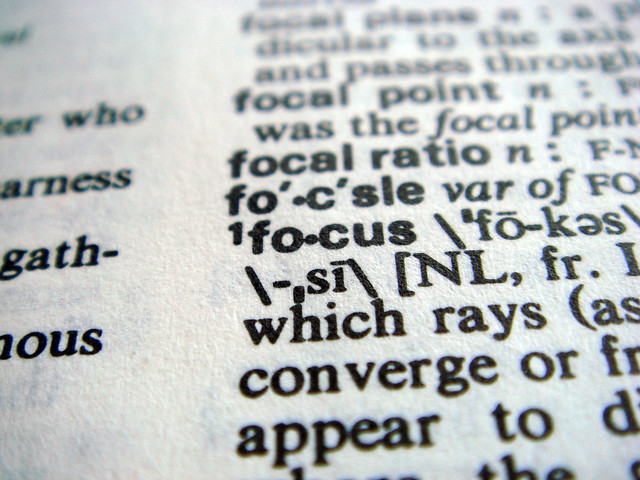 Agency CUI policies are the policies the agency enacts to implement the CUI Program within the agency. They must be in accordance with the Order, this part, and the CUI Registry and approved by the CUI EA.

Authorized holder is an individual, agency, organization, or group of users that is permitted to designate or handle CUI, in accordance with this part.

Classified information is information that Executive Order 13526, “Classified National Security Information,” December 29, 2009 (3 CFR, 2010 Comp., p. 298), or any predecessor or successor order, or the Atomic Energy Act of 1954, as amended, requires agencies to mark with classified markings and protect against unauthorized disclosure.

Controlled environment is any area or space an authorized holder deems to have adequate physical or procedural controls (e.g., barriers or managed access controls) to protect CUI from unauthorized access or disclosure.

Control level is a general term that indicates the safeguarding and disseminating requirements associated with CUI Basic and CUI Specified.

Controls are safeguarding or dissemination controls that a law, regulation, or Government-wide policy requires or permits agencies to use when handling CUI. The authority may specify the controls it requires or permits the agency to apply, or the authority may generally require or permit agencies to control the information (in which case, the agency applies controls from the Order, this part, and the CUI Registry).

CUI Basic is the subset of CUI for which the authorizing law, regulation, or Government-wide policy does not set out specific handling or dissemination controls. Agencies handle CUI Basic according to the uniform set of controls set forth in this part and the CUI Registry. CUI Basic differs from CUI Specified (see definition for CUI Specified in this section), and CUI Basic controls apply whenever CUI Specified ones do not cover the involved CUI.

CUI category or subcategory markings are the markings approved by the CUI EA for the categories and subcategories listed in the CUI Registry.

CUI Executive Agent (EA) is the National Archives and Records Administration (NARA), which implements the executive branch-wide CUI Program and oversees Federal agency actions to comply with the Order. NARA has delegated this authority to the Director of the Information Security Oversight Office (ISOO).

CUI Program is the executive branch-wide program to standardize CUI handling by all Federal agencies. The Program includes the rules, organization, and procedures for CUI, established by the Order, this part, and the CUI Registry.

CUI Program manager is an agency official, designated by the agency head or CUI SAO, to serve as the official representative to the CUI EA on the agency’s day-to-day CUI Program operations, both within the agency and in interagency contexts.

CUI Registry is the online repository for all information, guidance, policy, and requirements on handling CUI, including everything issued by the CUI EA other than this part. Among other information, the CUI Registry identifies all approved CUI categories and subcategories, provides general descriptions for each, identifies the basis for controls, establishes markings, and includes guidance on handling procedures.

CUI senior agency official (SAO) is a senior official designated in writing by an agency head and responsible to that agency head for implementation of the CUI Program within that agency. The CUI SAO is the primary point of contact for official correspondence, accountability reporting, and other matters of record between the agency and the CUI EA.

Decontrolling occurs when an authorized holder, consistent with this part and the CUI Registry, removes safeguarding or dissemination controls from CUI that no longer requires such controls. Decontrol may occur automatically or through agency action. See § 2002.18.

Designating agency is the executive branch agency that designates or approves the designation of a specific item of information as CUI.

Document means any tangible thing which constitutes or contains information, and means the original and any copies (whether different from the originals because of notes made on such copies or otherwise) of all writings of every kind and description over which an agency has authority, whether inscribed by hand or by mechanical, facsimile, electronic, magnetic, microfilm, photographic, or other means, as well as phonic or visual reproductions or oral statements, conversations, or events, and including, but not limited to: Correspondence, email, notes, reports, papers, files, manuals, books, pamphlets, periodicals, letters, memoranda, notations, messages, telegrams, cables, facsimiles, records, studies, working papers, accounting papers, contracts, licenses, certificates, grants, agreements, computer disks, computer tapes, telephone logs, computer mail, computer printouts, worksheets, sent or received communications of any kind, teletype messages, agreements, diary entries, calendars and journals, printouts, drafts, tables, compilations, tabulations, recommendations, accounts, work papers, summaries, address books, other records and recordings or transcriptions of conferences, meetings, visits, interviews, discussions, or telephone conversations, charts, graphs, indexes, tapes, minutes, contracts, leases, invoices, records of purchase or sale correspondence, electronic or other transcription of taping of personal conversations or conferences, and any written, printed, typed, punched, taped, filmed, or graphic matter however produced or reproduced. Document also includes the file, folder, exhibits, and containers, the labels on them, and any metadata, associated with each original or copy. Document also includes voice records, film, tapes, video tapes, email, personal computer files, electronic matter, and other data compilations from which information can be obtained, including materials used in data processing.

Formerly Restricted Data (FRD) is a type of information classified under the Atomic Energy Act, and defined in 10 CFR 1045, Nuclear Classification and Declassification.

Handling is any use of CUI, including but not limited to marking, safeguarding, transporting, disseminating, re-using, and disposing of the information.

Legacy material is unclassified information that an agency marked as restricted from access or dissemination in some way, or otherwise controlled, prior to the CUI Program.

Limited dissemination control is any CUI EA-approved control that agencies may use to limit or specify CUI dissemination.

Misuse of CUI occurs when someone uses CUI in a manner not in accordance with the policy contained in the Order, this part, the CUI Registry, agency CUI policy, or the applicable laws, regulations, and Government-wide policies that govern the affected information. This may include intentional violations or unintentional errors in safeguarding or disseminating CUI. This may also include designating or marking information as CUI when it does not qualify as CUI.

National Security System is a special type of information system (including telecommunications systems) whose function, operation, or use is defined in National Security Directive 42 and 44 U.S.C. 3542(b)(2).

Non-executive branch entity is a person or organization established, operated, and controlled by individual(s) acting outside the scope of any official capacity as officers, employees, or agents of the executive branch of the Federal Government. Such entities may include: Elements of the legislative or judicial branches of the Federal Government; state, interstate, tribal, or local government elements; and private organizations. Non-executive branch entity does not include foreign entities as defined in this part, nor does it include individuals or organizations when they receive CUI information pursuant to federal disclosure laws, including the Freedom of Information Act (FOIA) and the Privacy Act of 1974.

On behalf of an agency occurs when a non-executive branch entity uses or operates an information system or maintains or collects information for the purpose of processing, storing, or transmitting Federal information, and those activities are not incidental to providing a service or product to the Government.

Portion is ordinarily a section within a document, and may include subjects, titles, graphics, tables, charts, bullet statements, sub-paragraphs, bullets points, or other sections.

Protection includes all controls an agency applies or must apply when handling information that qualifies as CUI.

Records are agency records and Presidential papers or Presidential records (or Vice-Presidential), as those terms are defined in 44 U.S.C. 3301 and 44 U.S.C. 2201 and 2207. Records also include such items created or maintained by a Government contractor, licensee, certificate holder, or grantee that are subject to the sponsoring agency’s control under the terms of the entity’s agreement with the agency.

Required or permitted (by a law, regulation, or Government-wide policy) is the basis by which information may qualify as CUI. If a law, regulation, or Government-wide policy requires that agencies exercise safeguarding or dissemination controls over certain information, or specifically permits agencies the discretion to do so, then that information qualifies as CUI. The term ‘specifically permits’ in this context can include language such as “is exempt from” applying certain information release or disclosure requirements, “may” release or disclose the information, “may not be required to” release or disclose the information, “is responsible for protecting” the information, and similar specific but indirect, forms of granting the agency discretion regarding safeguarding or dissemination controls. This does not include general agency or agency head authority and discretion to make decisions, risk assessments, or other broad agency authorities, discretions, and powers, regardless of the source. The CUI Registry reflects all appropriate authorizing authorities.

Restricted Data (RD) is a type of information classified under the Atomic Energy Act, defined in 10 CFR part 1045, Nuclear Classification and Declassification.

Self-inspection is an agency’s internally managed review and evaluation of its activities to implement the CUI Program.

Working papers are documents or materials, regardless of form, that an agency or user expects to revise prior to creating a finished product.